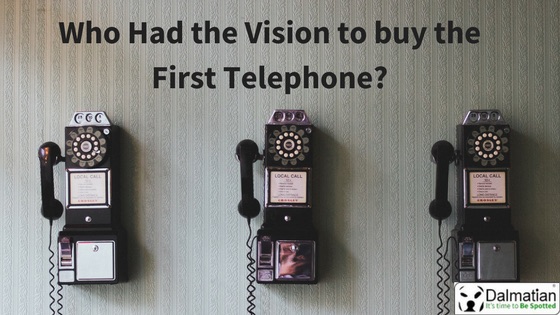 Who Had the Vision to Buy the First Phone?

It’s hard to imagine a world where phones don’t exist. Leaving home without your mobile feels like you’ve been cut off from existence. It feels as though the world is continuing to function and you’ve been temporarily excluded from it. The joy of being reunited with that little device can be immense, what exciting people have tried to call you through the day? Who’ve you missed a WhatsApp from and how many notifications do you have from your Social Media platforms? I can guarantee the next day when you leave for work, your phone is the first thing that you make sure you take with you!

But rewind to 1876 and Alexander Graham Bell being told that his patent for the telephone had been approved  as a “method of, and apparatus for, transmitting vocal or other sounds telegraphically … by causing electrical undulations, similar in form to the vibrations of the air accompanying the said vocal or other sound”

Three days later, he succeeded in getting his telephone to work, when he uttered the words “Mr. Watson—Come here—I want to see you” Watson, listening at the receiving end in an adjoining room, heard the words clearly, I’m not sure if Mr Watson immediately obliged….

But it set me thinking, the telephone can’t have been an easy sell. You can just imagine the salesperson walking into a business and asking someone to have the vision to invest in something that no one else was using at that time. It would have taken a brave person to have said yes, I’d like that, surely their first question would have been “well who will I ring? 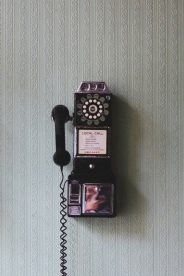 Fast forward to the 1990’s and texting wasn’t a thing, well until Neil Papworth, a test engineer sent the first text message to Richard Jarvis, a Director of Vodafone.

In 2013 nearly 10 trillion SMS messages were sent, although now services such as Facebook messenger, WhatsApp and Viber have led to a slight decline in the use of SMS, but again, someone had to take a chance and decide that these apps were worth signing up for, even if their friends hadn’t got them.

You get my point, sometimes you have to be the person to have the vision to try something new, to see the benefits that something will have for your business, even if at the beginning no one else is using it.

So if you think it’s time for your business to “Be Spotted” then why not contact me for a demo of our system ahead of our June launch?

View all posts by talkdalmatian

This site uses Akismet to reduce spam. Learn how your comment data is processed.